Dr. Isaac Comfortes of Total Health Dentistry in Encino, CA, is an integrated-health dental expert. “Many patients ask me about the safety of their old silver amalgam fillings,” says Dr. Comfortes. “Today, we know that the mercury in silver amalgam can result in the unhealthy escape of mercury vapor in the mouth. This unsafe, toxic vapor can then accumulate in the body, leading to allergic reactions and damage to the brain and kidneys. The good news is that there is a safe protocol for removing silver amalgam fillings and replacing them, and I have the technology in my dental office and the expertise to do this.”

Why Do Many of Our Patients Request Removal and Replacement of Their Silver Amalgam Fillings?

Silver amalgam expands and contracts with hot and cold foods and beverages, and the pressure of chewing and grinding causes the metal to flex. This flexure places outward pressure on the tooth structure surrounding the filling. In time, this surrounding tooth can weaken, crack, and sometimes breaks. Entry points for food and bacteria can occur around the fillings leading to decay along and underneath the filling. Eventually, the filling will need replacement, or if the tooth is significantly weakened, the tooth will need to be crowned. If the tooth becomes broken it may need to be removed and replaced with crown and bridge treatment or a dental implant.

Dr. Comfortes Has Chosen to Not Use Silver Amalgam

Prior to the 1980’s silver amalgam was the material most used to fill dental cavities caused by tooth decay. Silver amalgam is the lowest cost filling material, highly malleable, and durable for up to 15 years. The FDA has maintained that the health risks of using amalgam are minimal.

Today’s discerning patients prefer the aesthetics of tooth-colored, biocompatible fillings but there is an additional reason why Dr. Comfortes has decided to not use amalgam. In recent years, research has demonstrated that during normal chewing, grinding, and drinking, microscopic amounts of mercury are released from amalgam fillings into the mouth, inhaled, and absorbed by the body.

Mercury has been identified as a neurotoxin that can cross the blood brain barrier. Exposure to mercury vapor over time can cause adverse health effects on the kidneys and brain. Several research studies have been reported since the mid-1990s that indicate we should be researching the effects of exposure to mercury vapor from silver amalgam fillings, and the body of research evidence on mercury toxicity has been growing.

A recent U.S. research study published in Human & Experimental Toxicology in June of 2022 indicates that The median urinary amount of Hg (mercury concentration) per day among American adults with amalgams was about 2-fold significantly higher compared to American adults with no amalgams. Further, the daily amount of urinary Hg was significantly correlated with the number of amalgam surfaces.

Studies in Norway in the past decade have concluded that mercury concentration in both blood serum and urine is reduced after dental amalgam removal, and that people with unexplained physical symptoms had a significant reduction in health complaints after removal of their amalgam fillings.

What Does Safe Amalgam Removal Entail?

More than aesthetics motivate patients to have their older silver fillings replaced. As a silver amalgam filling ages, the amount of mercury vapor that escapes is likely to increase, increasing the risk of mercury exposure.

When silver amalgam is removed, it must be carefully done to minimize mercury vapor inhalation and prevent minute particles of the amalgam from being swallowed. Dr. Comfortes removes all amalgam fillings using a rubber dam and high vacuum suction that prevents aspiration or swallowing of filling particles and ensures safe removal of toxic particles and vapors.

Total Health Dentistry of Encino is the right place to call. For the highest, safest standard of oral health care and a beautiful longevity smile, patients throughout the Los Angeles area and as far away as San Francisco place their trust in Dr. Isaac Comfortes—the dentist who genuinely cares! 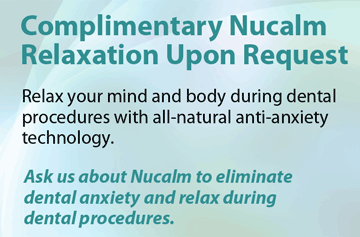 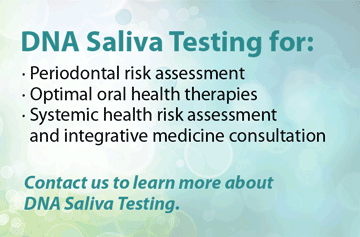 We encourage you to contact us with any questions or comments you may have. Please call our dental office or use the quick contact form below.

The general, cosmetic and reconstructive dental practice of Isaac Comfortes, DDS is devoted to restoring optimal oral health that supports whole body health and enhances the natural beauty of smiles.

We are open to care for your needs!

Beyond closely monitoring and following American Dental Association and Centers for Disease Control and Prevention protocols, we are taking additional measures to eliminate your exposure to viruses. The office will appear different when you come in, and we will be guiding you through a new way of coming into and through our office.

Your health means the world to us. Give us a call today, and we will personally counsel and guide you according to your individualized needs.

A Letter to Our Patients

We Use Ozone Water